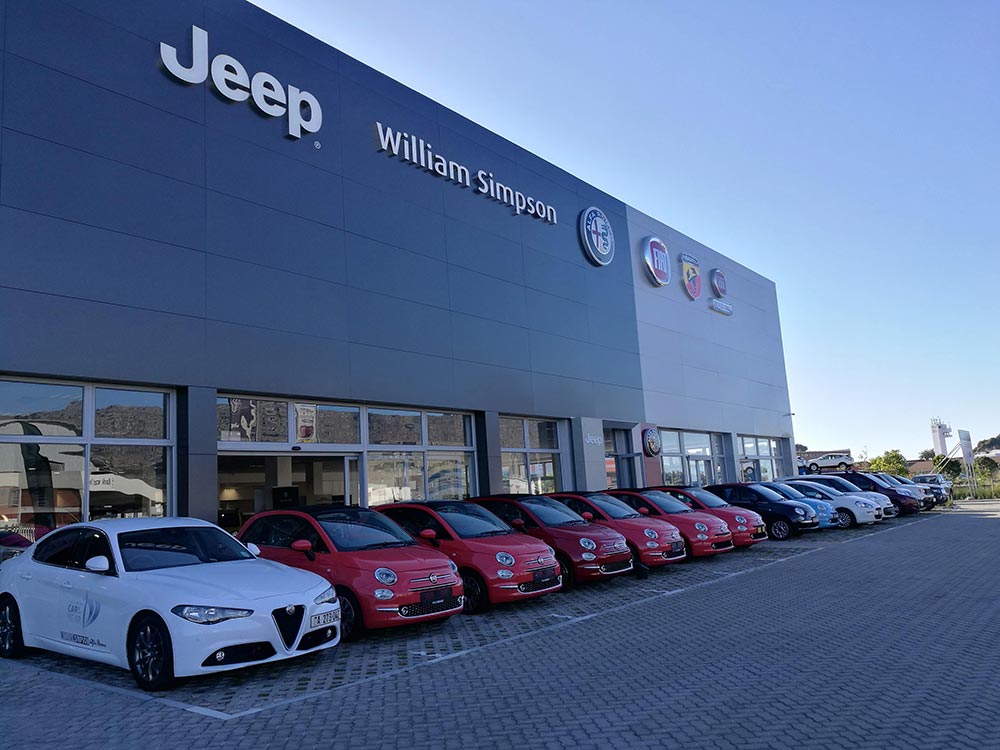 How It All Began

William Simpson (the businesses founder) began his used car dealership in 1991. After great success, he purchased a franchise outlet in Fish Hoek, in the Southern Suburbs of Cape Town.

Through greater success and location constraints, he moved this franchise to Tokai.

How William Simpson Jeep Cape Town (FCA) Came to Be

An opportunity arose to purchase a Chrysler, Jeep and Dodge franchise in Newlands. William Simpson took up the opportunity and took over the ownership as of 1 April 2016.

Taking over the dealership was no April Fools, as it posed natural challenges, including making sure existing customers receive even better service than they received previously.

After 2 successful years trading at the Newlands location our operation moved to a new purpose-built dealership constructed next to the already well established Nissan dealership in Tokai.

To keep up-to-date with the news of William Simpson, make sure to follow us on social

The merger of Fiat and Chrysler into Fiat Chrysler Automobiles was not the only big news to hit the industry. On 1 April 2016, William Simpson Cars took over ownership of the previous Chrysler, Jeep and Dodge franchise located in Newlands, Cape Town.

Both the creation of the global FCA brand as well as the newly established William Simpson FCA in Tokai, means that customers get better service offerings and stronger brand assurance in upgraded service centre, sales showroom and parts distribution.