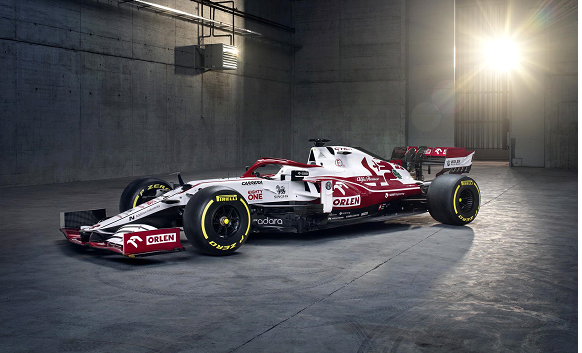 Alfa Romeo F1 has proudly unveiled its new C41 Formula One vehicle which they will be campaigning for the 2021 Formula One season with their familiar team of Kimi Räikkönen, Antonio Giovinazzi and reserve driver, Robert Kubica. The C41 brings an evolution of the traditional red and white colours of previous racing Alfa Romeos. 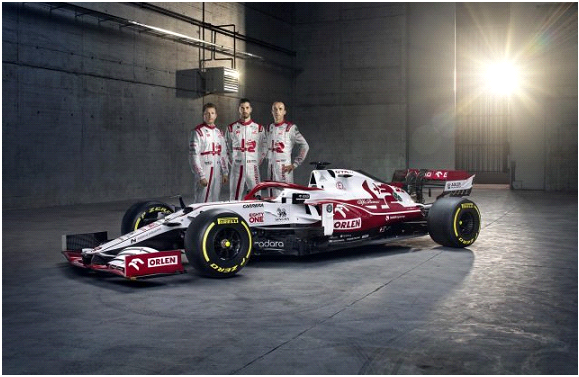 With a variety of restrictions on the teams this year due to current regulations, many parts of the C41 will be familiar to its 2020 predecessor. Alfa Romeo chose to use their developmental tokens to focus on the vehicles nosecone to improve its aerodynamics and makes use of a new Ferrari engine with hopes of improving performance over last year’s season.

On the C41 one can mark out the Alfa Romeo logo along with the Quadrifoglio and Autodelta logo. These two additional logos are closely linked to Alfa’s racing efforts over the year and can be found on many of their great historic race cars.

This year marks the fourth year of partnership between Alfa Romeo and Sauber Motorsport, the two have been the 2018 season and have since then worked hard to improve the performance of their team. This partnership reaches beyond Formula One with Alfa Romeo getting Sauber’s technical input to help create the Giulia GTA super saloon. 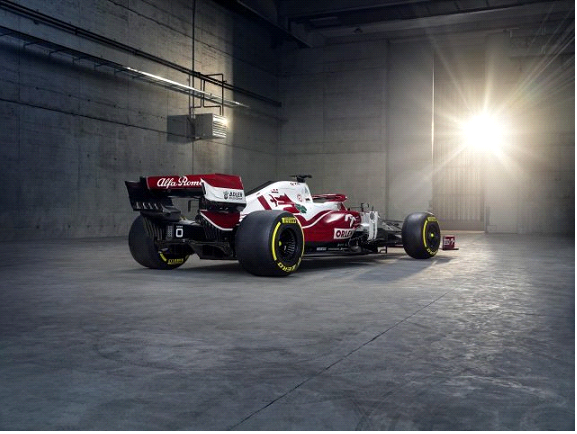 “The launch of a new car is always an emotional moment, the culmination of months of effort from everyone back at the factory and the start of a new adventure,” said Frédéric Vasseur, Team Principal Alfa Romeo Racing ORLEN and CEO Sauber Motorsport AG.
“I think the philosophy upon which the team is based remains the same – we have to do a better job tomorrow than we are doing today. We finished last season in P8, so we have to target a better result in 2021.
“To do so, we have to keep improving in each department, trackside and back at HQ. Every team on the grid has very high expectations right now: all the teams expect to do a good job in the winter and to be in a good position for the first race, but soon it will be the time for everyone to show their cards.”
The Technical Director of Alfa Romeo Racing ORLEN, Jan Monchaux said the C41 is the result of the team having to work with the unusual circumstances of not being able to develop an entirely new vehicle for the 2021 season.
“For this reason, our 2021 car shares a lot of common parts with the C39, except those which the regulations forced us to change – such as the floor – and the nosecone, in which we invested our two development tokens,” said Monchaux.
“This means we will know the car much better than usual when we get to testing, but it’s still going to be crucial to make the most of those three days to verify that reality matches our expectations and to get to know the new tyres. We are ready for the new season and we can’t wait to see our new car on the track.”

With the 2021 Formula One season already underway keep an eye out on race day to see how the Alfa Romeo team fares.