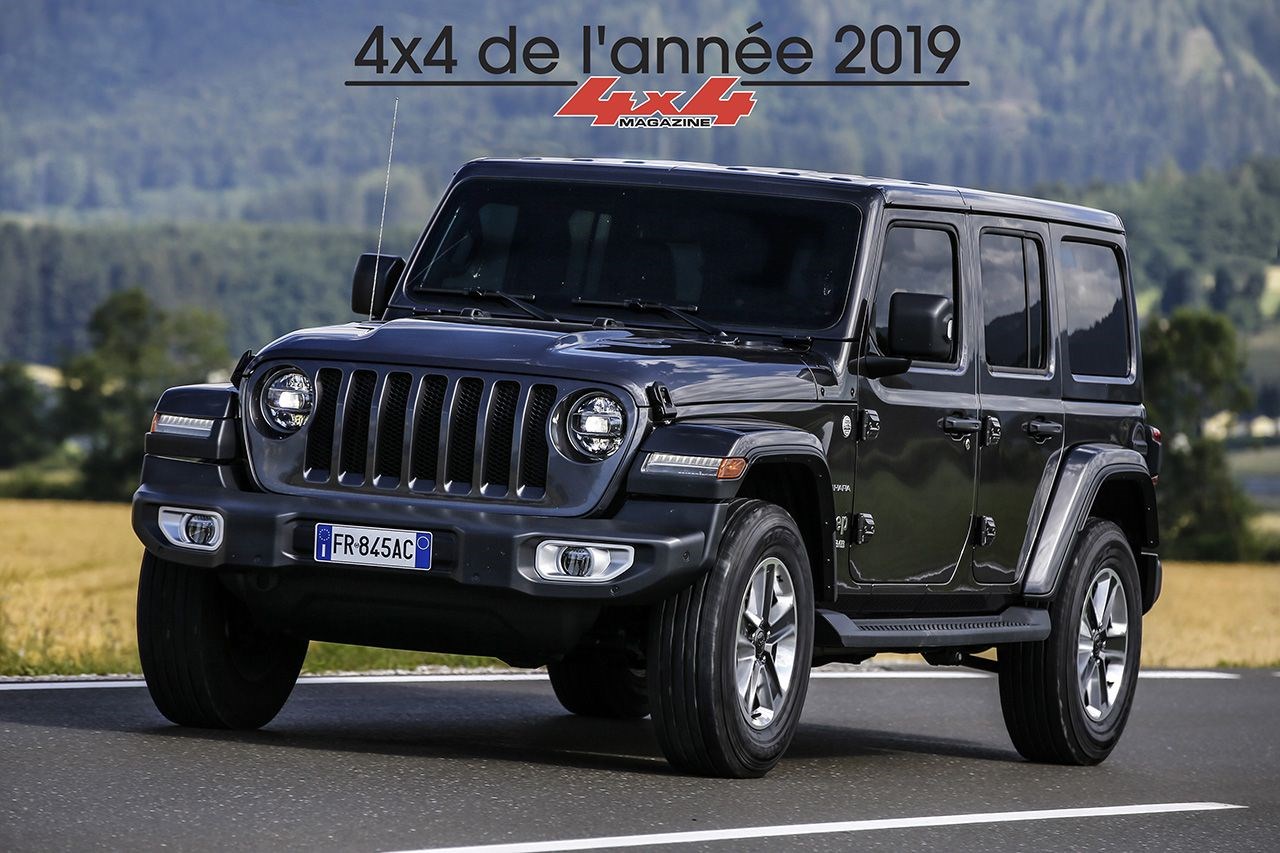 The iconic new generation Jeep Wrangler takes home the title of 2019 4x4 of the Year, thanks to expert readers and journalists of the French 4x4 Magazine.

This is the sixth Jeep model to be named 4x4 of the Year since the awards began 34 years ago.

Annually, since 1985, readers and experts from 4x4 Magazine, one of the most renowned 4x4 specialist magazines in France, test and evaluate a vast number of four-wheel drive vehicles from some of the world’s biggest manufacturers. The cars are scored for their on-road driving features as well as how they perform on a tough off-road course before the final score is presented for the crowing of the 4x4 of the Year.

The award confirms the important job that Jeep engineers do to ensure that the new Wrangler keeps its off-road capability, while still complying with the required regulations and meeting customers’ expectations. The Wrangler boasts more a more modern look, a more comfortable feel, and is better equipped than ever before, yet remains the benchmark of an all-terrain prowess.

After being introduced to the European market in Autumn last year, the new Wrangler shows how it performs just as well cruising the city as it does off the beaten path. It fuses Jeep’s legendary off-road capability with superior on-road comfort, and boasts a style like no other with state-of-the-art technology.

Wrangler’s engine range has been refreshed and sees the introduction of a 2.2-litre turbo diesel that delivers 200hp and a 2.0-litre petrol engine that delivers 270hp. Both these new engines come with a first for this model - an eight-speed automatic transmission. This offers an incredibly responsive driving experience in every condition, from every day commuting to extreme rock climbing.

The ‘2019 4x4 of the Year’ award is another one that the new generation Jeep Wrangler gets to add to its bag. Other include the special Off-Road Award in UK’s 4x4 Magazine ‘4x4 of the Year’ honours, the ‘Legend Car’ award in The Best of Moto 2018 Awards by Polish portal www.moto.pl, the ‘2018 Automotive Première’ in the Auto Leader 2018 Awards held by Polish magazines Motor and Auto Moto, the ‘Car for a Big Trip for Two’ award by Polish portal Wirtualna Polska as well as ‘2018 Best News’ award in the Premium Crossovers and SUV category of the Grand Prix awards by Russian magazine, Za Rulyom.